1. A short pulse is really composed of narrowband signals at many different frequencies. Here is a series of four narrowband signals being added together to make a short pulse. "Narrowband" just means that the signal is long and wavy, and looks like a sine wave, like the signals in the left column. The total of all narrowband signals so far is in the right column. The x axis is time, and the y axis is the amplitude of the pulse. (In a water wave, the amplitude would be the height of the ripple. In a sound wave, it would be the air pressure. In an electromagnetic wave, it's the strength of the electric or magnetic field.) Take special note of the graph in the lower right corner! That's the total of all four signals, and it's already starting to look like a short pulse instead of a long wavy one. 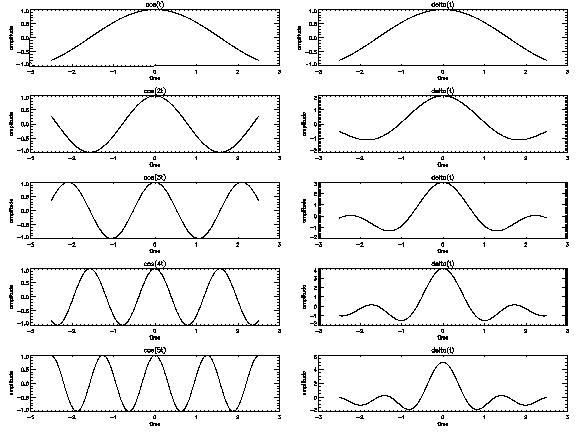 2. Here's the same thing, except we've added 100 narrowband signals. The graphs show the result after adding 25, 50, 75, and 100 signals. Now the graph in the lower right corner is a very short pulse. 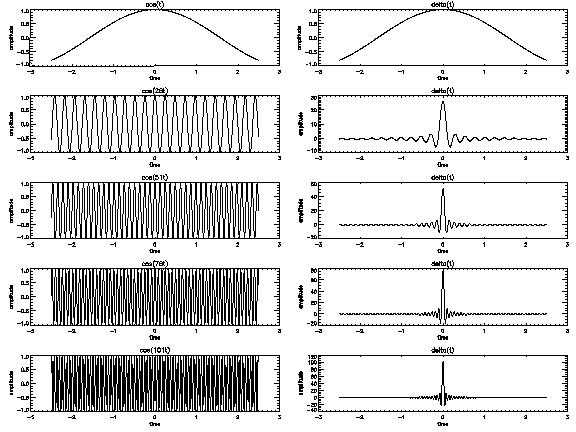 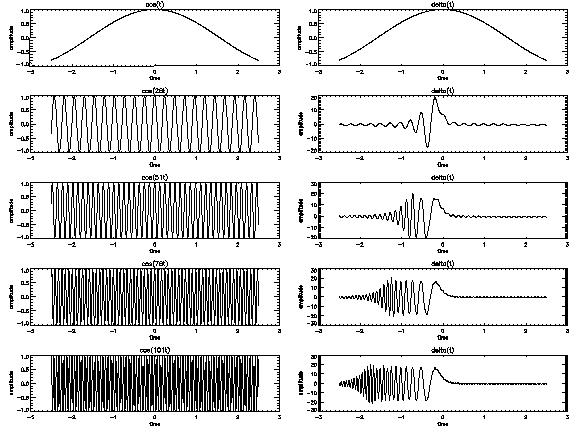 Astropulse receives a signal like the last one in (3). It has to "dechirp" the signal by pulling it apart into the narrowband signals in the left column, and repositioning them until the signal looks like the short pulse in graph (2).